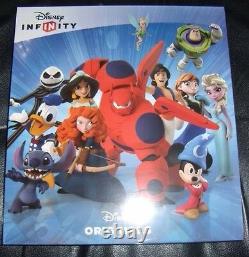 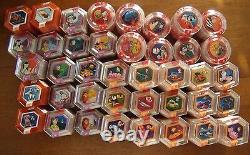 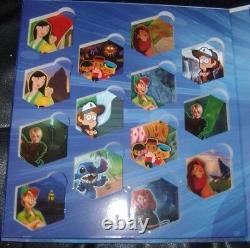 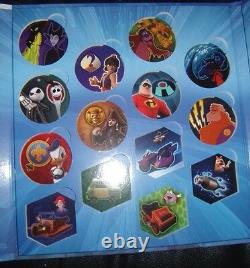 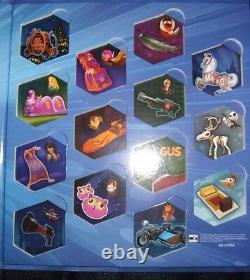 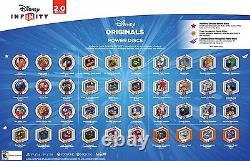 A Small World - Its a Small World inside of an infinite Toy Box! Enjoy terrain and textures inspired by this classic ride from the Disney theme parks! The Middle Kingdom - Decorate the skies of your Toy Box with softly painted mountains and Asian stylized artwork. Inspired by the movie Mulan.

Neverland - Use this Power Disc to transform your Toy Box into the world of Peter Pan! Second Star to the Right - Fly through the night skies of London, just like Peter Pan! Simbas Pridelands - Your Toy Box will look just like Simbas homeland with these Savannah textures! The Kings Domain - Your Toy Box skies will look like the skies of the savannah from the movie The Lion King with this Power Disc! Disney Toys (Hexagonal): Vehicles, Mounts, Tools and Packs Jack Skellingtons Reindeer - Ride Jack Skelingtons trusty skeleton reindeer! We promise its more comfortable than it looks. Medusas Swamp Mobile - Hop on Medusas motorcycle with super boost ability from the movie The Rescuers! Alice in Wonderlands Caterpillar - Take a seat on Alices Caterpillar from the ride at the Disney theme parks. One added bonus; smoke bombs! Toads Motorcar - Hop into Mr.

Toads Motorcar, equipped with an ejector seat. Youre in for a wild ride!

Fantasyland Carousel Horse - Ride the Fantasyland Carousel Horse around your Toy Box! Darkwing Ducks Ratcatcher - Take this motorcycle for a spin and smoke bomb your enemies! Aerial Area Rug - Take a ride on this Phineas and Ferb creation - A flying area rug with an ejector seat! Main Street Electrical Parade Float - Toss bombs of confetti at your enemies from this beautiful parade float!

Le Maximum - Take a ride and honk your horn in this Interpol car from the movie, Muppets Most Wanted! USS Swinetrek - Blast off in the USS Swinetrek! Gus the Mule - Ride this football-playing Mule, Gus, from the classic Disney movie! Eglantines Motorcycle - Check out this classic motorcycle from Bedknobs and Broomsticks! It has a side car and ejector feature for ultimate fun!

Lew Zealand's Bomerang Fish - Target your enemies with the Boomerang Fish - throw it away, and it will come back to you! Tar tar sauce not included. Sergeant Calhoun's Blaster - Take out your enemies with Sergeant Calhouns Blaster, from the movie Wreck it Ralph. Darkwing Ducks Grappling Gun - Use Darkwing Ducks Grappling Gun to hook your enemies and help you climb to new heights! Mabel's Kittens for Fists - Devastate your enemies with the most adorable, cuddly weapon you'll ever get your fists on! Designed by the one and only Mabel Pine from Disney XD's series, Gravity Falls. Chem Capsules - Toss your Chem Capsules at your enemies and create a cloud of frost that freezes them right in their tracks! From the movie Big Hero 6. Aladdins Magic Carpet - Your wish for flight has been granted. Soar above your Toy Box on Aladdin's Magic Carpet with this rare Power Disc!

Jim Hawkins Solar Board - Hover above your Toy Box creations on Jim Hawkins Solar Board! Disney Abilities (Circular): Events, Team-Ups and Costumes Chernabogs Spirit Cyclone - Summon a whirling spirit from the Disney classic, Fantasia, and scare your enemies with eerie sounds! Maleficent Spellcast - This disc of power will serve you well. Defeat your enemies with Maleficents Green Flame spell!

King Louie's Monkeys - Bombard your foes with coconuts and bannanas as a band of screaming monkeys cheer you on! Zeus Thunderbolts - With this Power Disc, you control the skies like a god of Olympus! Make bolts of lightning arc down from above, damaging your enemies. The power of Zeus is with you. Rags to Riches - Slip on this Prince Ali costume for added style and increased riches!!

- Don't get your feathers in a ruffle quite yet!! Put this 3 Musketeers costume on and enjoy a generous experience increase!